Researchers use data science to uncover Virginia's most dangerous roadways

Motor vehicle crashes and fatalities in Virginia have increased by ten percent since 2009, according to the Virginia Department of Motor Vehicles, and of those crashes 83 percent occurred on non-interstate roadways.

To better understand why these accidents are happening where they are happening, a team of Master of Science in Data Science students at the University of Virginia’s Data Science Institute undertook a project to identify which intersections on Virginia roadways are the most dangerous, and why they are dangerous.

MSDS students Boh Young Suh, JB Park and James Xie worked with Prof. Quanquan Gu to develop a spatial model to find the intersections across Virginia with the most deadly crashes. Their research involved assigning weights to different crashes depending on severity. 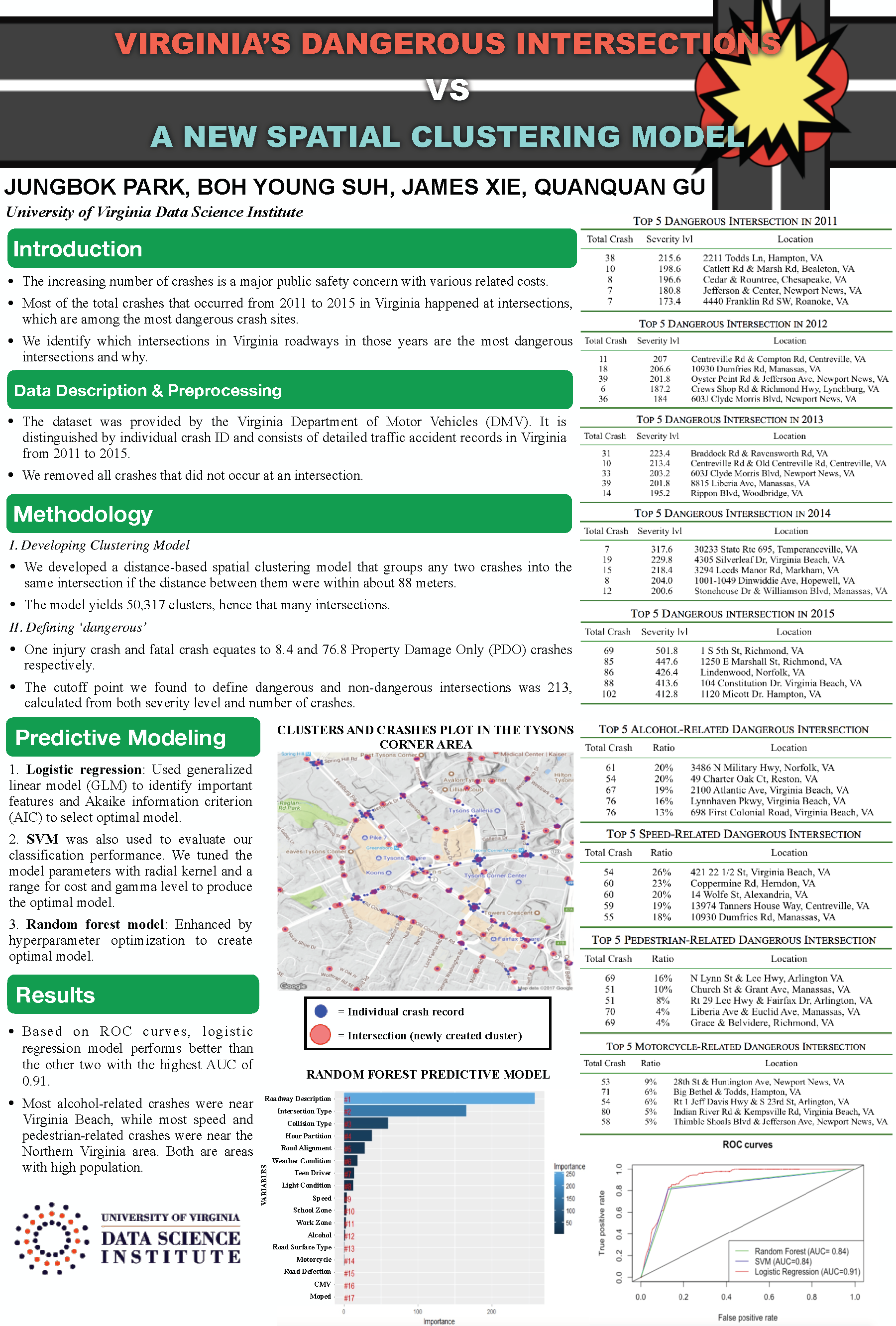 The researchers identified the most dangerous intersections by each year and took into consideration places where alcohol and speed related to crashes. They analyzed their findings through a logistic regression model, which helps to explain the relationship between variables, such as the location of the crash and the speed of vehicles.

The results of the study indicated that intersections with high numbers of crashes were mostly located in the Northern Virginia and Virginia Beach areas. Since identifying these dangerous intersections, the researchers are now using machine learning techniques to determine the factors that make an intersection unsafe.

This research, sponsored by the Virginia Department of Motor Vehicles, will help reduce and prevent future car crashes at these locations and elsewhere in Virginia and the United States. The researchers hope to raise public awareness and increase safe driving by identifying risk factors.

Learn about other Capstone Projects