Propaganda is pervasive. It’s powerful, it’s potent, and it has the ability to completely and irrevocably alter a person’s life, and potentially many others.

In a very short period of time—a couple of years, a couple of months—propaganda can turn a previously non-violent individual into someone willing to commit acts of terrorism, says Janet Warren, a professor with UVA’s Institute of Law, Psychiatry, and Public Policy.

But the question is, how?

There’s no scientific method for studying the ways in which propaganda radicalizes people, says Warren, who also serves as a liaison to the FBI’s Behavioral Sciences Unit. Most of the evidence for how it works is anecdotal. But a data-driven approach could help researchers better understand the radicalization process (and, ideally, eventually help security agents interfere with this process, reduce the number of people radicalized, and thereby reduce instances of terrorism).

With the help of the Human-Centered Systems and Innovation Lab (previously headed by Inki Kim, now at the University of Illinois at Urbana-Champaign), the research team is working to develop such a method.

In the first stage of the study, a group of women were asked to explore the surface, deep, and dark web and identify material that they thought could persuade women to adopt extremist ideologies.

In the second stage, a different group of women attended a one-hour session in the Human-Centered Systems and Innovations Lab. During these sessions, they were exposed to a series of materials: neutral images (i.e., irons and Egg McMuffins); and a series of materials from extremist groups (from images of white mothers and their fair-skinned, blue-eyed babies with language about protecting the white race, to images of hangings and beheadings). Between each series, the women were asked to fill out a self-assessment, describe what they’d seen, and indicate their thoughts and reactions to it.

As the women looked, the HCSI lab equipment and computer programs closely tracked a variety of the women’s physiological reactions: eye gaze and pupillary response (did the pupils dilate, or contract), galvanic skin response (changes in the skin’s electrical resistance, caused by emotional stress), heart rate, facial expression, and more.

It’s a lot of data—more than 80,000 measures per woman for pupil dilation alone, says Warren.

“We found images of horrific violence prompted dilation of the pupils across all three study groups, suggesting the triggering of sympathetic and parasympathetic pathways to brain regions associated with cognitive and emotional processing,” the study states.

Mojtaba Heidarysafa, a systems and information engineering PhD student working with the DSI, is pulling all of that data and visualizing it for analysis. So far, the team has focused on the eye gaze and pupillary response data.

The DSI was crucial to the study, says Warren. “Professor Brown was the first to mention the lab and to facilitate our access to it. He also proposed that we use each woman as their own control, providing essential analytic guidance on this segment of the study.”

As a result, Warren and the rest of the team have a hypothesis to explore going forward, as part of larger project examining risk and threat assessment for extremist violence perpetrated by women.

Propaganda works when we’re not aware we’re being influenced, Warren says, citing philosophers Noam Chomsky and Jacques Ellul. And so, if certain propaganda can open up certain emotional or cognitive pathways in the brain, once those pathways are open, information could be inserted into a susceptible person’s brain and potentially radicalize them. 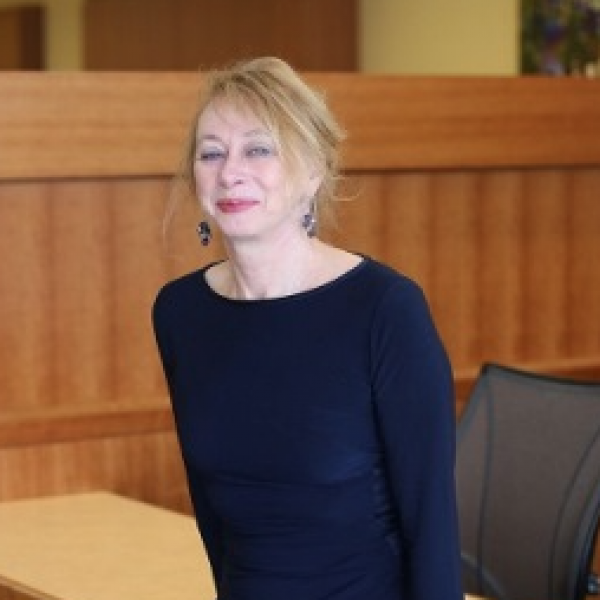