A forward-looking perspective for data science in higher ed

“What happens in one field would normally never be discovered by another field, but now, by virtue of having the school that sits in the middle and reaches out across [Grounds], we start to bring people together. We start to exchange best practices and ideas,” said Phil Bourne, the Stephenson Dean of the School of Data Science.

Bourne, however, would not call himself a data scientist by training. He recalled his career path and how he arrived at the field of data science.

“I actually got interested in the computational part of physical chemistry and also the idea that there was a lot of data even then, which was a long time ago, that actually could be mined and used. [This was] data that already existed,” Bourne noted.

From there, his journey to data science took him all over the world. Bourne did his Post Doc research at the University of Sheffield in England. His research focused on molecular structure, specifically protein crystallography.

This took Bourne to San Diego, where he began his work compiling large datasets. While not necessarily referred to as data science at the time, Bourne was doing the work of a data scientist, while also bringing in his expertise in computational physical chemistry.

“We started building data resources that supported the structural data of proteins and DNA and RNA, and that was called the Protein Data Bank,” Bourne said.

This project, which Bourne worked on for 15 years, has had significant impact in the health industry.

“There isn’t a drug that’s been discovered in the last 20 or 30 years that hasn’t used that resource,” Bourne noted.

The National Institutes of Health observed Bourne’s pivotal role in creating a massive data bank, which has had such positive effect across a variety of fields.

Bourne was then hired by the NIH to be the Associate Director for Data Science (ADDS) in Washington D.C.

“[We had a] goal of bringing data together from disparate sources and making new discoveries that wouldn’t otherwise be possible,” Bourne said of his time at the NIH, working collaboratively across the 27 Institutes there.

Bourne knew, however, that he wanted to return to education. While working on a project for the NIH, called Big Data to Knowledge, he heard about the Data Science Institute, now the School of Data Science, at the University of Virginia.

He was intrigued by the Institute and the unique setup of being an entity within the broader University that worked collaboratively across Grounds, rather than being nested within an Engineering or other school, which is common in other educational settings.

In May 2017, Bourne became the Director of the Data Science Institute.

As Bourne had worked collaboratively throughout his career in physical chemistry, biology, protein structure research, and most recently at the NIH, he was enthusiastic about continuing the model of collaboration at UVA.

“The reason I'm encouraged by the idea [of collaboration] is because I've seen it in my own research career between computer science and biology. Coming to UVA was an opportunity to accomplish something great.”

Collaboration and interdisciplinary work have been at the heart of the School of Data Science. This

“Data scientists must have the ability to collaborate, to work on teams. That’s critical.”

twelfth school at UVA has been deemed “A School Without Walls,” for that exact reason.

Bourne pointed out that this model facilitates incredible partnerships that work to solve pressing real-world problems.

“I'm particularly interested in projects that really have the promise of making a difference to society,” Bourne said.

Through a Collaboratory with the UVA School of Education and Human Development, the School of Data Science is bringing together experts on behavioral economics, education, and data science to research and understand more about economic mobility and educational workforce pathways.

This is just one of many examples of how the School of Data Science is changing Grounds.

Bourne pointed out that data science has been at the heart of science forever.

“Science has been about analyzing data forever,” Bourne said. “There is much more data now coming in enormous quantities.”

With this large influx of data and Bourne at the helm, the School of Data Science is positioned to make significant change and create new collaboration across the University. 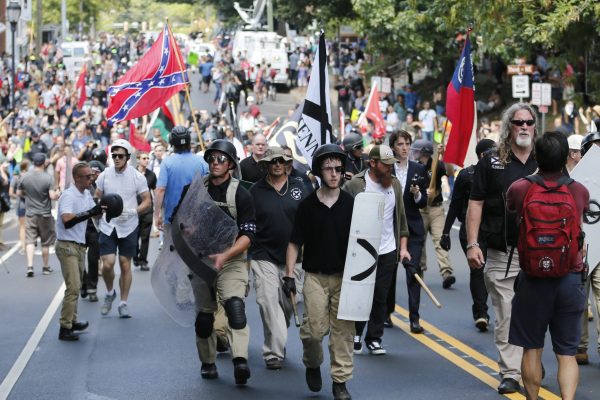 Investigating the spread of disease

This project will focus on predicting the interaction sites of host-host proteins using deep learning, so that scientists can better understand how these proteins interact for cell development.
2019-2020