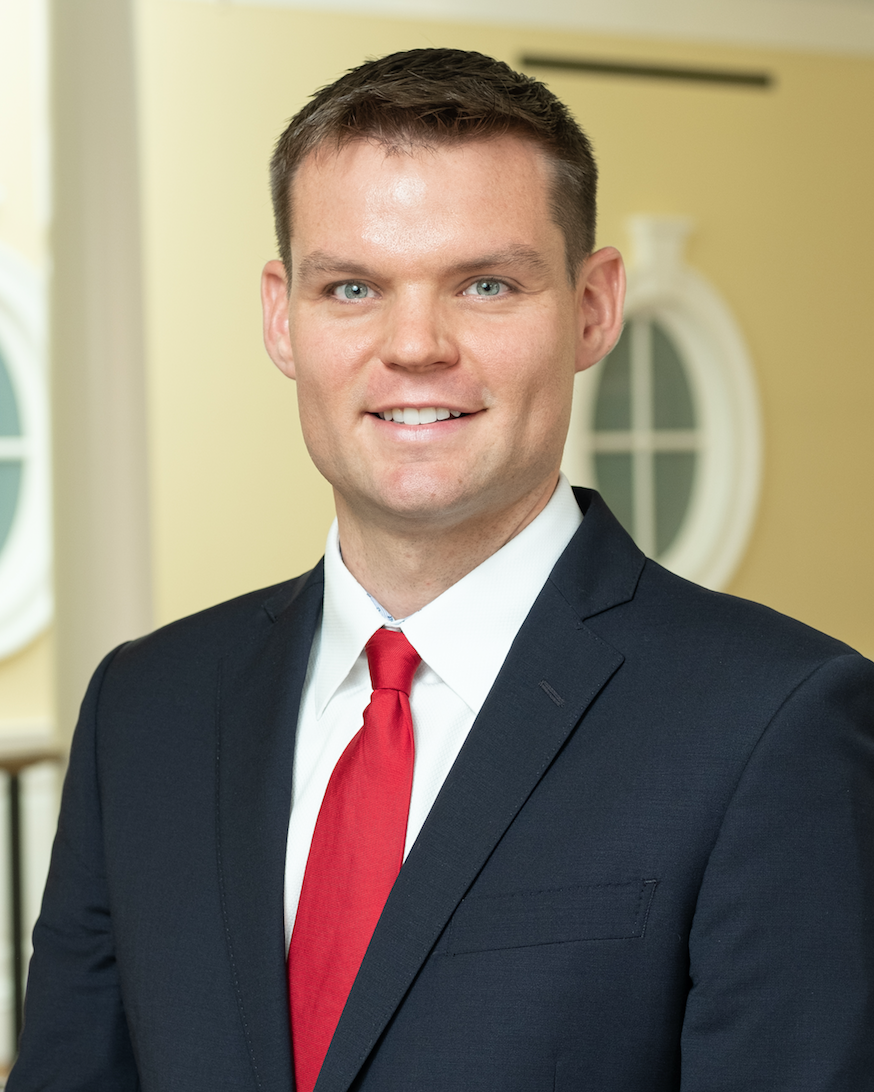 In May, dual degree student Keith Wilson will graduate with his MBA and MSDS, from the Darden School of Business and the School of Data Science.

Prior to coming to UVA, Wilson was a submarine officer in the Navy for eight years. Originally from Missouri, Wilson joined the Navy through the Navy ROTC program at the University of Missouri.

In the Navy, Wilson was trained in nuclear energy production, where he first grew interested in the field of data science.

“On my submarine, that was the first time that I used data to make decisions,” Wilson said. “That was really transformative for me. All the Navy's submarines are powered by nuclear reactors.”

Wilson explained that as an officer, he was in charge of monitoring the nuclear reactor, which involved making sure it was safe, operating effectively, and getting the submarine where it needed to go.

“I had this huge Excel spreadsheet where I was like tracking all the data for it [the nuclear reactor], and I was building these models to predict and tell my boss, ‘I think we should do this or we should consider this because I think it'll do this for us.’ I was able to point to the data. That was definitely a transformative experience for me and set me on this path.”

After his time in the Navy, Wilson knew he wanted to transition to the business world, but he also wanted to work with data and develop technical data science skills.

“I was really drawn to the dual degree, because I thought that the MBA skills would pair very nicely with the data science skills, the hard skills, and the coding and machine learning type stuff, which is definitely what I want to do afterwards. So the opportunity to do both was a huge draw for me.”

Wilson has already secured a job working for Boston Consulting Group, one of the world’s largest strategy consulting firms.

He interned with BCG this past summer, as a Social Impact Ambassador. In that position, Wilson worked as a BCG consultant for a nonprofit, called Computers4Kids.

“It was this really cool after-school program, where kids can go learn about technology,” Wilson said. “They have all these like robots and drones for the kids to play with and learn about science.”

Wilson explained that his program is catered for kids who come from low income communities to provide them with an opportunity to develop STEM skills. He worked with Computer4Kids to create and implement a framework to measure how effectively STEM skills are taught and learned by the students.

In addition to being a dual degree student, and a full time father (Keith and his wife welcome their first child in September), Wilson has been involved in several other organizations at UVA and within Charlottesville. One of those is Code for Charlottesville. He has worked with Dr. Kropko and the team on the Housing Hub project, where Code for CVille is working to build software that will enable housing navigators to share their data. Housing Navigators help advocate for individuals’ housing situations, often for individuals who have been turned away by landlords based on their financial circumstances.

Wilson credits the Navy for his leadership skills.

“I think the leadership experience has been very beneficial and something that I definitely value and hope to carry forward into the working world for sure,” Wilson said.

He also noted that he has learned a substantial amount from his classmates and their backgrounds.

“I think being in the military was a really great leadership opportunity for me that I wouldn't have gotten otherwise,” Wilson said. “I’m also learning technical skills from classes here and my classmates. That's exactly why I wanted this program for sure.”

Wilson hopes to eventually use his experience from the Navy and his MSDS and MBA degrees in the energy field.

Patti Edson, Director of Admissions and Financial Aid, at the School of Data Science, noted that Wilson’s unique experiences, problem-solving skills, and dual degree education, would lead to a bright future in energy.

“As a former Naval Submarine Officer, he brings a unique perspective to the study of energy. He is able to use sophisticated, computational and linear modeling to tackle the problems and issues facing the energy field today,” Edson said. “He is unfailingly dependable, in both his service to the community of Charlottesville and the School of Data Science and Darden, and continually trusted with more responsibility because of his unflappable, inclusive, and dedicated leadership style.”