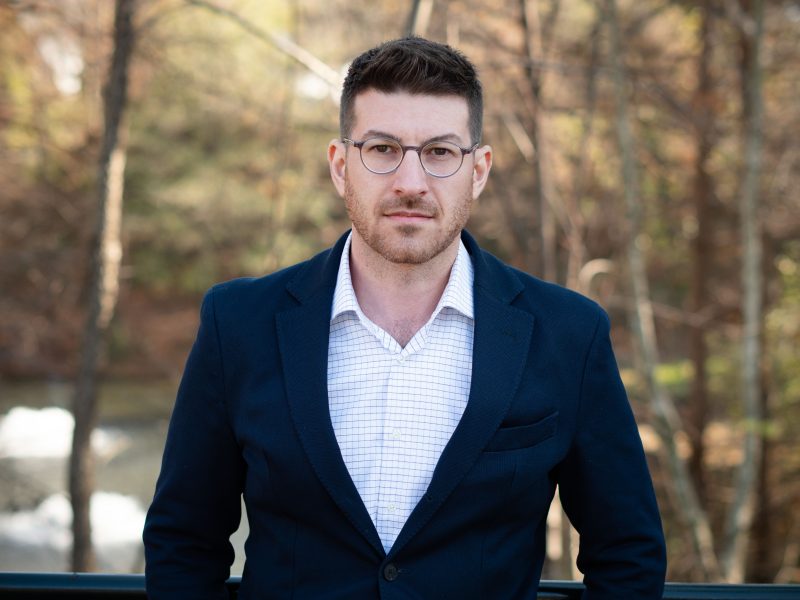 That phrase has become all too familiar to anyone who has sought a job, grant, donation, promotion or other goal. And, it can be frustratingly nebulous and opaque, especially for people or groups on the outside trying to find their way in.

Gates, an assistant professor in the University of Virginia School of Data Science, mines vast quantities of data to map relationship patterns and uses those patterns to make predictions and uncover organizing principles for human behavior. For instance, he has mapped out webs of connection in the world of fine art – artists, art dealers, museums, galleries, etc. – and can identify where particular artists stand in that world and how likely they are to gain renown.

“You can see how the career networks of visual artists reflect elements of prestige and hierarchy in these systems and constrain the future opportunities for individuals,” Gates said. “We have a similar project with ballet right now…Their social networks are definitely a key constraint. It’s not just about your dancing ability. It’s also about who you know, who you’re training with and who you work with. That opens a lot of doors.”

Gates has also turned his research lens on academia, mapping out vast networks of researchers with information including their research interests, their publications, their collaborators, colleagues and partners and the grants they are receiving. By revealing the hidden connections between scientists, he leverages the power of data science to understand the scientific process itself.

“We are trying to measure if injecting money into different places in these networks affects the type of science that is being conducted in the system,” Gates said.  “And then, are there better ways to inject money? Do you want to give all of the grants to the really famous people who have proven track records of excellence? Or do you want to distribute grant funding evenly across many different, less recognized individuals? Not all of them will produce something amazing, but their chances of having that big, new innovation and discovery increase significantly.”

Gates’ field – computational social science and network science – is niche but has grown rapidly as our ability to gather and track large quantities of data has grown.

“Network science is not new, but it had a resurgence in 1999-2000 when two major papers in the field kind of blossomed. Now, there are several thousand people working in this area,” Gates said. “And then there is this other piece, computational social science, that has really grown since about 2009-2010, when there were a few big discoveries in our field. A lot of this current work comes on the back of access to really large datasets documenting human behavior, which have only been available for the last 10-15 years.”

Much of the data that Gates uses comes from research partnerships with corporations or organizations that allow academics to gain access to certain elements of large datasets. Open data sharing is also becoming more common, which is a boon to Gates and his fellow researchers. And, there are several freely available resources, such as sites like Google Scholar, that he can use to fill in gaps.

Gates also hopes to use his research to convince scholars and scholarly organizations that sharing information is a good thing.  Some researchers, he noted, are reluctant to share the data that they use or worry that doing so will hurt their chances at promotion or prestige in their field. Once again, he is turning to data science to tackle that problem.

“We’re actually mining a large corpus of publications to identify who has been sharing data and what data they share,” he said. “And then, does that help their career? Does that make research more accessible in those areas? Those are questions we are trying to put numbers on.”

“When you prioritize being the first to do something and prioritize that no one else should be able to do what you are doing, you are going to have a system where no one wants to share any of their resources,” he said. “But if you are in an organization that says making things accessible matters, and that really tries to promote open access to work, then researchers are more incentivized to invest effort into.”

Part of making Gates’ own work accessible includes visualization. The images that he creates for each of his projects are visual maps of the connections he has found in the data. They are also artistic and almost other-worldly, showing those connections in a new and different way.

“They say a picture is worth 1,000 words, right?” Gates said. “When I describe patterns of relationships between objects, that’s so obtuse that most people don’t really care about it. So, we’ve really narrowed down on what it means to be visually communicating with data and the power you get when you have an effective visualization.”

The visualizations come with QR codes that take users to a website where they can explore the data further and drill down into specific connections and relationships.

“You can interact and work with the data and actually see it,” Gates said. “It tells more of a story than words ever could have.”