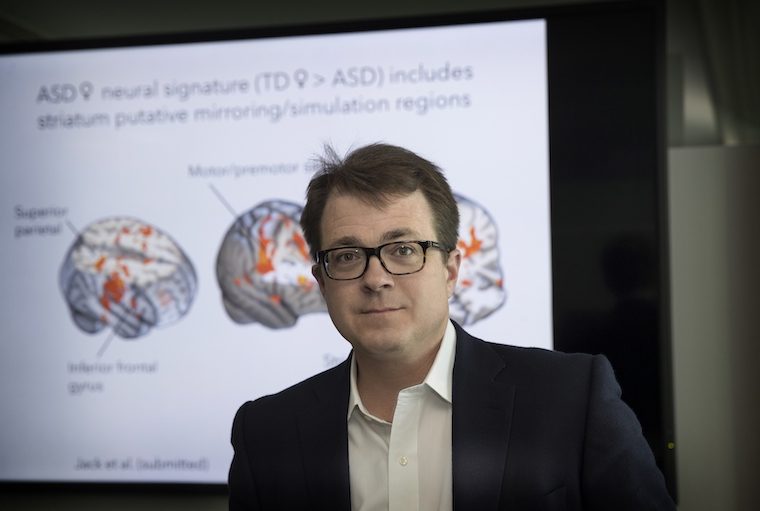 Kevin Pelphrey, PhD, of the School of Medicine, seeks to shed light on the differences in autism in boys and girls.

New research has shed light on how autism-spectrum disorder (ASD) manifests in the brains of girls, prompting the scientists to warn that conclusions drawn from studies conducted primarily in boys should not be assumed to hold true for girls.

The researchers discovered that there is a significant difference in the genes and “genetic burden” that underpin the condition in girls and boys. They also identified specific ways the brains of girls with ASD respond differently to social cues such as facial expressions and gestures than do those of girls without ASD.