Harnessing the power of artificial intelligence 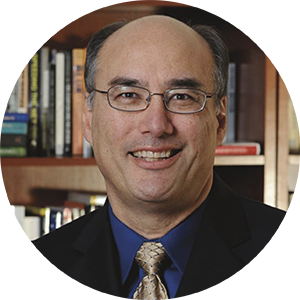 As the Senior Vice President of MITRE, Rich Byrne sees firsthand how data science can be used to improve industries and systems.

Byrne, a Massachusetts Institute of Technology graduate, works with MITRE to oversee  federally-funded and independent research projects. MITRE is a chartered organization that works on development and systems engineering for public interest.

“Our intelligence work used data science heavily,” Byrne said, “and then I championed it to be leveraged much more across all of our government work including healthcare, finance, homeland security, etc.”

Aside from using data science in his professional work, Byrne believes that the field is universally important.

In addition to his work in data and technology, Byrne is also interested in literature and history. The last book he read was Homo Deus: A Brief History of Tomorrow by Yuval Noah Harari, a novel that recounts major historical events and focuses on human advancements.

The innovative nature of data science and artificial intelligence is a major reason why Byrne is so passionate about the field.

“The nation state that wins the artificial intelligence war will dominate for the near term,” Byrne said, “The United States, China, Russia, etc. are all openly stating this.”

Given his current profession and line of work, the most thrilling thing Byrne has ever done may come as a surprise.

“[I] survived my first year at MIT by only going to class less than 10% of the time and only buying half of the textbooks required,” he said, “even though it was pass/fail, I was adrenaline filled for every test.”

LEARN ABOUT OTHER UVA DATA SCIENCE BOARD MEMBERS