For MSDS students Matthew Edwards, Joseph Wysocki, and Alex Stern, watching a UVA football game is more than just cheering on the hoos. It involves analyzing what the opponent is doing, what UVA is doing, and how to help the coaches make the next best decision.

Matthew Edwards is the Director of Football Analytics at UVA, working with head coach Bronco Mendenhall and his coaching staff.

“I was always good at math growing up,” he said. “It was my subject, but I thought I was going to be a football coach, and started down that path. Then I ended up having an opportunity to join the staff here in a role that is out of coaching, but I've been able to make it into this sports analytics role.”

After working in this position for four years, Edwards decided he wanted to learn more through the MSDS program at the School of Data Science.

“It felt like I needed a little bit more training and a hard data background,” he noted. “So I got into the online master's program as a way to improve my own skills.”

Joseph Wysocki (MSDS ‘21) and Alex Stern (MSDS ‘21) are both students in the residential program, who met Edwards through a shared interest in the intersection of data science and sports.

For Wysocki, his interest in the numbers behind sports began at an early age.

“I grew up with two older brothers, and so all summers we were playing baseball in the front yard and what not,” Wysocki said. “It was my job to keep stats of all the games that we had. That kind of started the interest of quantifying sports and being more interested in that side of it.”

Wysocki attended Oakland University for undergrad,where he studied finance and minored in business analytics. He became interested in data science when he saw the role it played in large football programs during an internship at the University of Michigan.

“That really kind of drove that interest forward, and then eventually just knowing how much data is out there, the huge data sets football programs have, made me want to know how to better work around such large datasets,” Wysocki said. “That is what drove me back into school into the data science program here.”

For Stern, he discovered in early high school that he enjoyed statistics and data science, specifically the predictability aspect of them.

“At the end of the day it's cool to be right in the future. I was always really interested in sports, and I wanted to know who is going to win the games,” Stern said. “In high school I would do projects like trying to predict the outcomes of games. If you want to practice and get good at something, it's always good to find something you're interested in so I have always tried to work in sports.”

With this desire to work in sports and improve his analytics skills, Stern decided to email Edwards about UVA football analytics.

“I noticed that there was an interest and desire in students wanting to have some sort of involvement, and that includes Alex who emailed me out of the blue about three years ago now, and just said ‘hey, I'm interested in analytics and football, and I'd love to be involved in any way,’” Edwards explained.

Soon an internship program became available for students interested in sports analytics. Stern has been a part of the UVA football analytics team ever since, and Wysocki joined when he came to UVA for the MSDS program in the fall of 2020.

What Happens Before, During, and After a Football Game

Edwards then broke down what he does during football games.

“I work with any data that we have in football and get it to our coaches and other decision makers to make better informed decisions,” Edwards said.

“During the game, I'm in the box, and helping our coaches make decisions,” Edwards explained. “There are a lot of little decisions that go into a game, or play calls turbine on offensive defense as a team. Do we want to go for it on fourth down or try and kick a field goal? Should we call a timeout here versus there?”

In addition to helping coaches make decisions during a game, Edwards detailed that a big part of analytics is being ready for the game and having information.

“A big part of my job is to have data and information ready for our coaches when we get to those kind of impactful decision making opportunities to say according to the numbers and what we've done, we should make this type of decision here,” Edwards explained. “I analyze what our own team is doing and what our opponent is doing, based on what we had thought and prepared. I’m always trying to increase our wind probability throughout the game.”

Furthermore, watching games back and gathering data after the games is a key component of the work and learning from the last game.

This is where Wysocki and Stern come in.

“I think the biggest need is the time crunch where we have a week between games, and there's so much information,” Wysocki said. “Looking forward and looking backward. So looking backwards, seeing how have we been doing, what are we doing poorly, what are we doing well. Looking forward to the opponent that we're going to face: what did they do well and what did they do poorly.”

Edwards has set up systems of what numbers need to be analyzed week to week.

“It boils down to just using data to help save everyone time, and to really look through lots of information in a really efficient way,” Wysocki said.

Even though football is not in season, analytics continues, as they prepare for the next season.

“In the offseason, there's a little bit more time to focus on like overarching projects, whether it's building models or analyzing new data sets that you haven't looked at or just looking for different things that you can do to have an impact,” Edwards said. “It gives you more opportunities to spend a little bit more time on that aspect of discovery and analyzing things that maybe you haven't had an opportunity to during the season.”

When Edwards, Wysocki, and Stern graduate from the MSDS program they’ll be in good company. The School of Data Science currently has alumni working for the NBA, the Green Bay Packers, and the Dodgers. 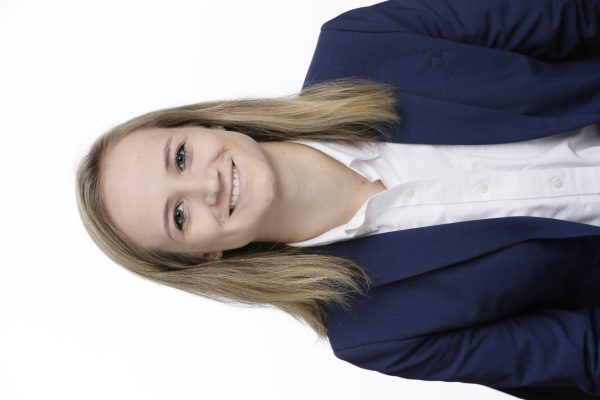 Hoos in the NBA

Sam Garofalo graduated from the School of Data Science in 2017 and now works at the NBA, where uses data science to analyze the competition structure and change the future of the game.